On Immigrant Identities, Cultural Lineage, and the Taste of Home

For immigrant families, cooking is as much of a memory resource as oral histories or treasured heirlooms. Though immigration stories are necessarily also stories of assimilation, those of us who grew up as an “other” remember the dirty looks brought on by unapologetically foreign food, which has only within the past couple of decades come into vogue via #foodie culture. Even if subsequent generations within the family rejected everything else about their origins — their looks, their language, their social beliefs and norms — it is food that remains *the* strongest and most potent tether. And for many immigrant families, cooking and feeding the family are still regarded as a woman’s work. It is in this spirit that we invited the community to join WCCW on February 24th to break bread with local writers Tasbeeh Herwees, Eva Recinos, and Lilian Min as they shared stories about food, culture, and immigrant identity; roundtabled on the tastes and smells of “home”; and shared some of the food they learned to make from mothers — their own, and the lineage of women who cook from which they come.

Women Who Cook: Dismantling the Myth of the Bitch in the Kitchen

A Short Resource Guide to Food, Race, and Cultural Appropriation

Craving The Other: One Woman’s Beef with Cultural Appropriation and Cuisine 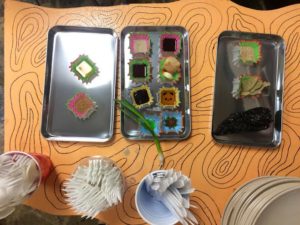 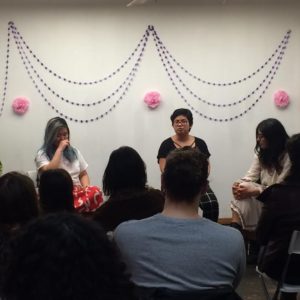 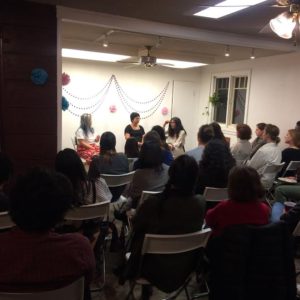